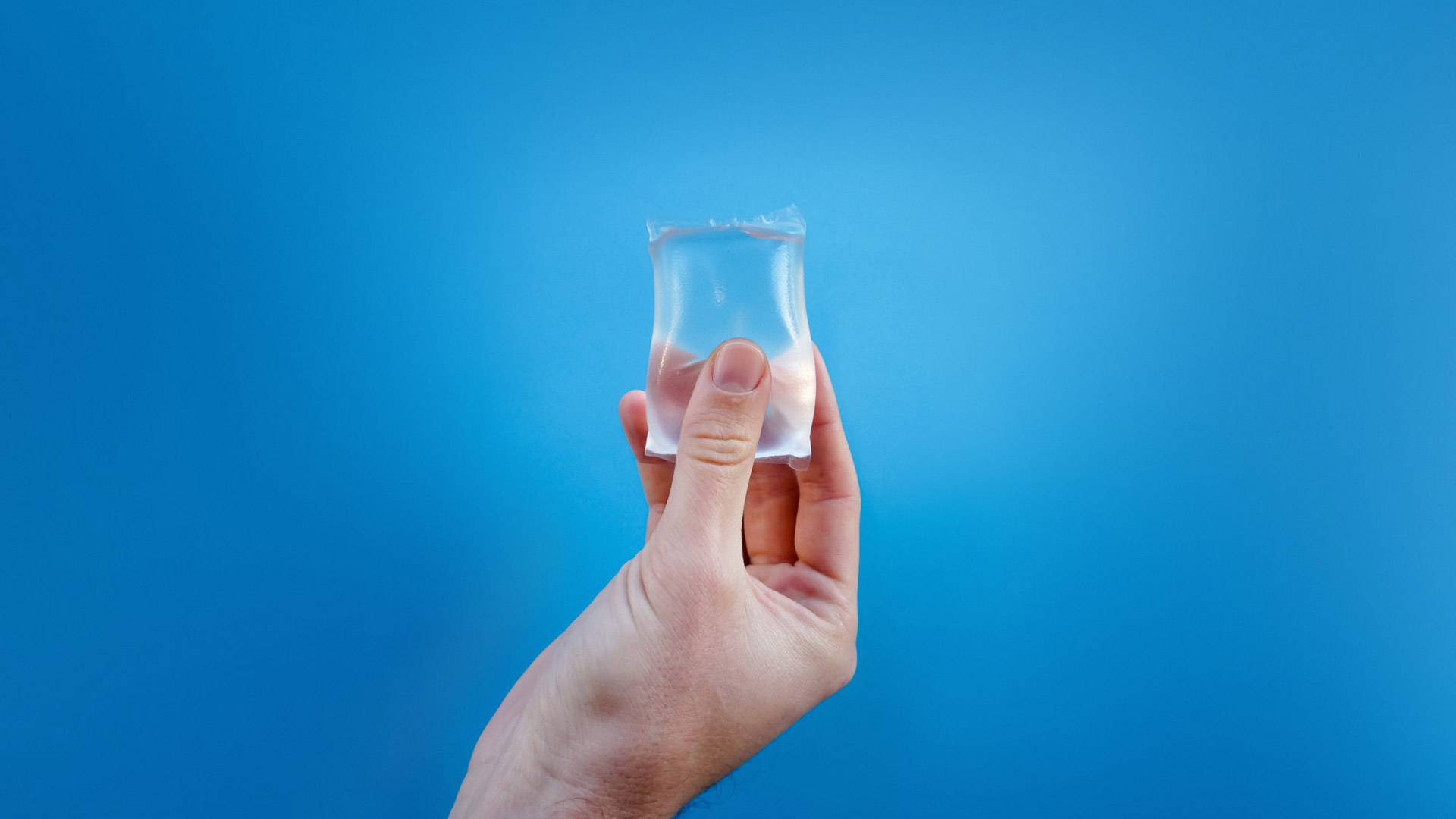 Sounds fishy?? Well the clever people at Ooho have taken this concept to production. With most of the world’s oxygen coming from seaweed and other algae, it’s no wonder that some people are turning to the material to be used for other purposes.

One of the co-founders of Ooho is Mr Gonzalez, before Ooho he invented a suitcase called Hop that can be controlled through an app to follow its owner. He’s also worked as a comedian on the side, winning a gold medal at the 2009 Improvisation World Championships in Chile and some of his creations have been exhibited at the Tate Modern art gallery in London.

Dubbed “The edible Water Bottle” the flexible plastic packaging material made 100% from seaweed and plants is designed specifically for consumable liquids like water. The product is designed to be eaten either during or after its use. However, if it isn’t, the company claims the material will take on average six weeks to degrade.

Ooho has had a rise to prominence since it started to be developed, with the product starting to be used by various brands over the past 3 years.

The edible water bottle has been used in several major sporting events, but will it make it to our high street shops or local sports centres?

Our trained friendly advisors are ready to assist you in any way they can!

We use cookies on our website to give you the most relevant experience by remembering your preferences and repeat visits. By clicking “Accept”, you consent to the use of ALL the cookies.
Read MoreACCEPT
Manage consent

This website uses cookies to improve your experience while you navigate through the website. Out of these, the cookies that are categorized as necessary are stored on your browser as they are essential for the working of basic functionalities of the website. We also use third-party cookies that help us analyze and understand how you use this website. These cookies will be stored in your browser only with your consent. You also have the option to opt-out of these cookies. But opting out of some of these cookies may affect your browsing experience.
Necessary Always Enabled
Necessary cookies are absolutely essential for the website to function properly. These cookies ensure basic functionalities and security features of the website, anonymously.
Functional
Functional cookies help to perform certain functionalities like sharing the content of the website on social media platforms, collect feedbacks, and other third-party features.
Performance
Performance cookies are used to understand and analyze the key performance indexes of the website which helps in delivering a better user experience for the visitors.
Analytics
Analytical cookies are used to understand how visitors interact with the website. These cookies help provide information on metrics the number of visitors, bounce rate, traffic source, etc.
Advertisement
Advertisement cookies are used to provide visitors with relevant ads and marketing campaigns. These cookies track visitors across websites and collect information to provide customized ads.
Others
Other uncategorized cookies are those that are being analyzed and have not been classified into a category as yet.
SAVE & ACCEPT